Veterinary roles with the APHA 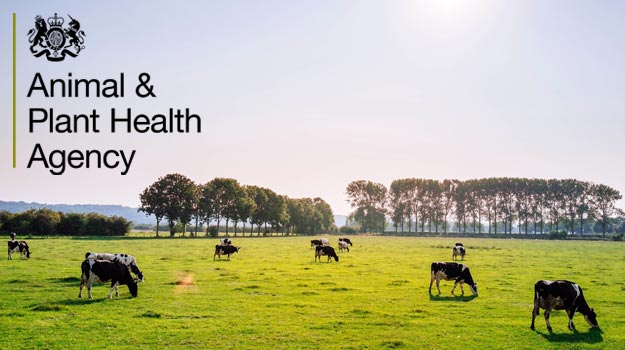 Have you ever considered a veterinary role outside of private practice and wondered what options are available? – asks Jenny Comish and Linda Smith of the Animal and Plant Health Agency (APHA).

The APHA employs more than 340 vets who perform a multitude of roles – from helping to prevent and control notifiable and reportable disease, to monitoring welfare standards and shaping government policies.

Working as an APHA vet is about making a difference to the national herd and flock, not just individual animals. It can offer the opportunity to make a difference at not just a local, but national and, sometimes, international level.

A primary aspect of an APHA field vet’s role is ensuring compliance with animal health and welfare legislation by undertaking farm visits to investigate, identify and control endemic and exotic diseases.

Being involved in a notifiable disease outbreak, such as avian influenza or foot-and-mouth disease, enables you to become involved with disease control nationally and use your diagnostic and epidemiology skills.

Operational vets also carry out welfare inspections on farm livestock, helping to improve the well-being of animals on farms, in transit and at markets.

Controlling bTB is a top priority for the APHA, and field vets spend a proportion of their time assessing data to understand breakdowns in their region and identifying any trends.

Depending on location, you may have the opportunity to become involved with border controls, and the import and export of animals and animal products.

The APHA has an international reputation in delivering science that provides evidence to support policy development and implementation.

It acts as a national and international reference laboratory for many animal diseases, providing emergency response in disease outbreaks. As such, the APHA offers the opportunity to become involved in research, surveillance and laboratory science.

The possibility also exists of branching out to a broader scientific role in disciplines such as microbiology. Science roles may require postgraduate qualifications, with the possibility of undertaking training at the APHA. All roles include a focus on continuous learning and development.

Some vets combine a career at the APHA with a career in a university, while others teach at vet schools as part of their role. Science roles offer an opportunity to work on real world issues and engage with the wider scientific community to protect animal health.

If you are interested in developing your pathology skills, the APHA has a network of veterinary investigation centres where officers undertake postmortems and carry out diagnostic sampling to identify new and re-emerging disease threats. They work closely with private vets and the farming community.

As a new entrant, training involves a mixture of on-the-job learning, online learning, training meetings and mentoring or coaching. There’s a lot to learn; you need to be able to deal with situations not encountered in practice.

Although large animal experience is preferable, many new recruits are employed without this and quickly become competent and confident.

Being an APHA vet offers the opportunity to be involved in a range of interesting work areas and the scope to try different roles while maintaining a healthy work-life balance.

It also affords the opportunity make a positive difference to farmers, animals and the British farming industry as a whole – therefore, to the wider society so heavily reliant on it.