Social media has revolutionised the way people create and share content, and communicate with each other, over various forms of media. Communication over social media has become increasingly popular and the use of social media by individuals in and outside of the workplace has become common.

What are the dangers arising from using social media?

Inappropriate use of social media by employees can carry risks for any business – the main one being reputational damage to the business.

Other dangers of social media exist, such as potential liability where employees post defamatory or discriminatory work-related comments on social media; disclosure of confidential information, which may include commercially sensitive information belonging to the business; and infringing third-party intellectual property rights.

To tackle the dangers, businesses often make use of social media policies as the first line of managing risks internally within the company. Case law has helpfully highlighted the importance of having a well thought-out social media policy in place.

The case of Crisp versus Apple Retail (UK) is a good example of how having a well-constructed policy can help a business tackle misuse of social media. In this case, Apple had made it clear in its policy and training materials that protecting its image was a “core value”, and had stated that making derogatory comments on social media would have serious consequences – and would likely lead to dismissal.

In this case an employee had posted several negative comments on Facebook concerning the company and its products while at home. The employee was dismissed, and it was found that Apple’s policy was clear on the consequences of misuse of social media.

In contrast, in the case of Walters versus Asda Stores the employment tribunal found that comments made by an Asda manager on Facebook – that it would make her happy to hit customers on the back of the head with a pickaxe – constituted misconduct. However, the comments were not enough to warrant dismissal.

It is worthwhile noting that, in addition to factors such as how dismissal was carried out, the tribunal also paid particular attention to Asda’s policy, as the employee’s actions fell under the “misconduct” category within the examples given in the policy, rather than examples that lead to dismissal.

Similarly, the case of Blue versus Food Standards Agency demonstrates the need to have a policy that clearly sets out how employees should use their personal social media accounts to participate in work-related conversations online.

In this case a hygiene inspector for the Food Standards Agency was dismissed after taking part in a Facebook conversation with two employees who had been dismissed from an abattoir he inspected; the contribution to the conversation was liking a comment about his manager being attacked with a chair.

The Food Standards Agency claimed, among other things, that the employee’s participation in the conversation had brought the agency into serious disrepute and dismissed the employee. The dismissal was found to be unfair for several reasons; however, as with the Walters case, it is interesting to note that one factor taken into the decision was the agency’s policies.

The policies set out several scenarios that allowed for disciplinary actions, but despite the serious nature of the examples provided, these still did not allow for dismissal.

In contrast to the findings in Walters and Blue, the case of Preece versus Wetherspoons shows how having a clearly worded policy that explains when the business may dismiss an employee can be helpful when dealing with comments posted by employees online.

Following an incident at work in which two customers were abusive to a pub manager, the manager made comments about the customers on Facebook while at work. The employee thought her privacy settings were restricted to only friends; however, the comments could be viewed more widely, including by family members of the customers in question.

Wetherspoons had a clearly worded policy that reserved the right to take disciplinary action should the contents of any Facebook page “be found to lower the reputation of the organisation, staff or customers and/or contravene the company’s equal opportunity policy”. Unlike Walters and Blue, in this case the employee’s dismissal was found to be fair.

As with these scenarios, the outcome depends on the facts of each case; however, the Employment Appeal Tribunal has set out a few guidelines for businesses to follow in social media cases. One highlights the importance of looking at whether the business has implemented a social media policy.

It’s also worth noting that the RCVS has, as part of its code of conduct, a section on social media and online forums (s.28). In particular, s.28.3 says: “Veterinary surgeons have a responsibility to behave professionally and responsibly when offline, online as themselves and online in a virtual world… Veterinary surgeons may put their registration at risk if they demonstrate inappropriate behaviour when using social media.”

It is important that a social media policy implements boundaries by clearly outlining what is considered acceptable behaviour on social media. The policy should be wide enough to cover personal use outside of work, the protection of confidential information to the business and intellectual property, and should prohibit any defamatory and derogatory remarks. In addition, it is important that social media policies outline the appropriate use of company equipment. 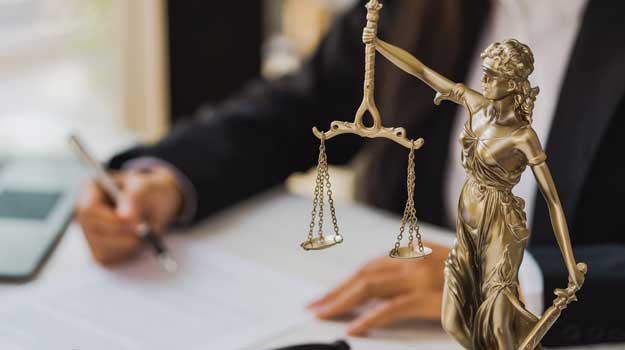