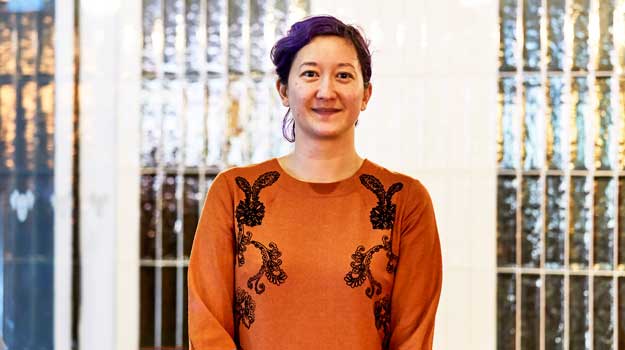 It’s long been known that veterinary surgeons are among the most in-demand workers in Britain, and the decision to end freedom of movement is only likely to lessen their supply.

Concerns over the impact this shortage is having on animal welfare last year prompted the Home Office to reinstate the profession on the Shortage Occupation List. This means employers recruiting vets from outside of the EU now face far fewer obstacles than in the past – primarily because it’s now easier to get the visas required.

It’s hoped the move will result in a rise in fully qualified vets – particularly from English-speaking countries such as Australia and the US – choosing to bring their skills to the UK. In this interview, Carol Jones (pictured), a senior emergency vet at Vets Now in Peterborough, explains how her life was transformed by a chance decision to move across the pond.

Carol still isn’t sure what led her to tick the box on a form that was to change her life forever. But it was a Sliding Doors moment that took her almost 4,000 miles from Illinois in the US to vet school in the UK. It was to be the start of the career she’d dreamed of, as well as leading to love and motherhood.

Now, working as a senior vet in a job she loves at Vets Now, the Atlanta-born 39-year-old says she doesn’t regret her Atlantic crossing for a moment.

She explained: “I did an undergraduate degree in animal sciences at the University of Illinois. After completing it, I applied for vet schools straight away and ended up applying to Glasgow by chance. They use the same application service US schools use and it was just one of the check boxes you can pick.

“I thought ‘oh, that sounds interesting, why not?’”

Carol got an interview, was accepted and qualified in 2010. After a year at a small animal practice in Derbyshire (during which time she ended up meeting the man she would eventually marry), she then transferred to a practice in Manchester, followed by a rotating internship in Cambridgeshire.

She later moved into an out-of-hours role at a Derby referral hospital, where she stayed for almost four years before jumping at the chance to join Vets Now. After initially working in the Alfreton clinic, Carol – who now has a three-year-old daughter, Audrey – transferred to Peterborough last autumn to take on the role of senior vet.

She said: “I love the fact the cases are always a little bit out of the ordinary, and there’s something a bit challenging about every single one.

“When I worked as a locum, I did a lot of basic vaccinations and puppy consults, and it’s not the sort of thing I really enjoy. I like the case work where you can have an immediate effect and see improvements happening almost instantly while you’re implementing a treatment plan.”

So, it’s the buzz as much as anything else? Carol said: “Maybe I’m an adrenaline junkie. You’re always hoping your patient is going to make a quick recovery, and it’s different to a standard first-opinion practice case where there’s maybe been ongoing issues for months.

“In emergency, it feels like you’re working outside of the normal. It’s a bit more challenging; more exciting, basically.”

Although the cases she sees can often be life or death, Vets Now’s nationwide network of clinics and three state-of-the-art hospitals means Carol is never on her own during those high-pressured moments out‑of‑hours.

She said: “Having the hospitals in Swindon, Manchester and Glasgow is great. I’ve been able to call them when I’ve had cases that are challenging and I’m not sure what to do.

“They’ve always given support and been able to offer some sort of advice on something to try.”

Carol was well used to the night working before she started at Vets Now; it’s something she’s very much at home with. She explained: “I’ve always been a night person. Even when I was younger, I always stayed up late and slept late if I had the chance.

“Somehow nights fit my body clock better. You just make sure you are scheduling that time to get some sleep. If you get a chance for a break on your shift, take that nap when you get those opportunities. You’ll feel better if you are sleeping at some point, even if it’s not those solid blocks.”

And with a partner and young daughter at their new home in Cambridge, the flexible shift patterns mean she’s been able to strike that all-important work-life balance. She said: “It can be challenging when I’m working and not seeing Audrey or my partner much. But if I get a quiet moment on shift, we’ll have a little chat on WhatsApp and say hello.

“And having those days off in-between shifts is great as it means my daughter and I can spend quality time together at home or out and about. Just the two of us.

“It can also be great for scheduling holidays because you don’t have as many shifts all clumped together. It can be easier to work in short breaks away without having to use your holiday allowance.

“I think it’s all about finding the right balance. Shift time is shift time, and when I’m off I’m enjoying myself. I try not to stress about work when I’m not in the clinic.”

Carol has also appreciated the constant support from the Vets Now team, and the opportunities to progress and continue her development.

She said: “My district has been very keen to put on CPD. The CPD allowance is very generous and we all meet up to have clinical discussions. There are online message boards trying to disseminate information among the company. People share cases they’ve had and what they did, and how we might apply what we’re learning.

“It’s really good to get other perspectives and ways to try to make it better for everyone. It just means better medicine.”

Even though she admits she never really saw herself as a leader, Carol was happy that her abilities were spotted and that she was offered the opportunity to take on a senior role at the Peterborough clinic last year.

She said: “I was encouraged to look into myself and realise that I do have the confidence to do this. I just want to develop a bit more confidence in my leadership abilities and hopefully mentor a great team so they are happy to come to me with any issues or problems.”

Since growing up in the US, Carol has always had a passion for helping animals. But a lecture at last year’s Vets Now ECC Congress about communication and how veterinary work was just as much about people as pets has never left her – and that’s the advice she would give to anyone thinking of following in her footsteps.

She said: “A lot of our job involves dealing with human beings and I probably underestimated that aspect of it when I first started out in veterinary medicine. You are often interacting with owners who are upset, stressed and emotionally tense.

“Yes, some of the clinical stuff can be cool and fun to do. But if you can’t get the owner on board, you’re not going to be able to do the things that got you into being a vet in the first place.” 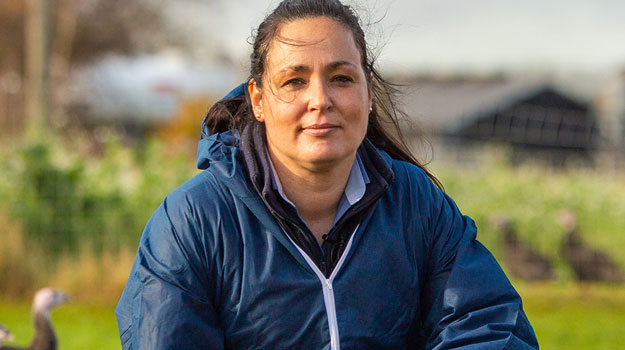 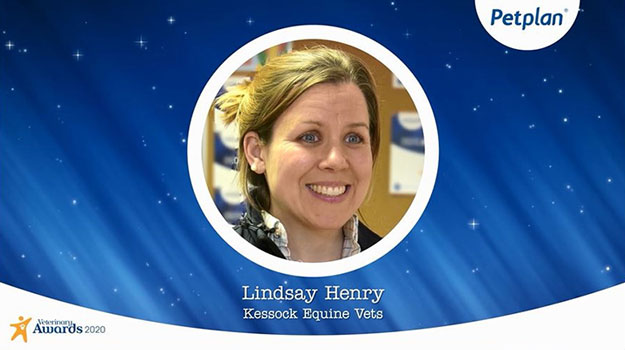 Pursuing what she loves proves winning formula for Lindsay