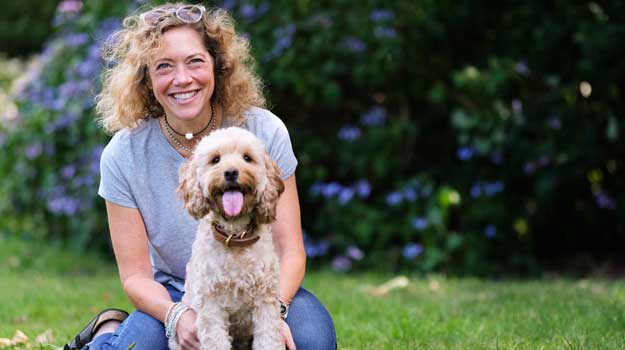 Community is incredibly important to 2019’s Vet of the Year Danielle Greenberg, of The Liverpool Vets. Having been born, raised and educated in Liverpool, it’s a place she loves and a community she’s always wanted to support.

After spending 20 years working as a vet for other companies, she decided the time was right to set up her own practice.

“When I was growing up, Liverpool had several independent veterinary practices, but over the past few years there’s been much more of a shift towards corporatisation,” she explained. “I wanted to buck the trend and set up an independent practice serving the local community.”

Adding further impetus to her decision, she was diagnosed with cancer in 2016, forcing her to take a year out to recover. She said: “There were times I thought I’d never be a vet again. But going through that also made me a little less fearful, and even more determined to set up my own practice.”

Being fearless was definitely a bonus, with Dr Greenberg’s move to business owner littered with challenges that would have deterred many. Finding suitable premises proved to be the first, with some properties requiring six figure sums to convert and others simply in the wrong location.

She said: “We found a place that used to be a hearing aid clinic right in the centre of Liverpool.

“The location was perfect: although more people were living in the town, there weren’t any other veterinary practices. In addition, the layout was almost exactly what we needed, so conversion costs could be kept to a minimum.”

Once change of use was agreed in March, it was all systems go to get the practice ready.

Although Dr Greenberg continued to locum, gradually reducing her hours as her business demanded more of her time, she focused on managing the conversion, recruiting staff, sorting budgets and building relationships with suppliers to source equipment more cost-effectively.

She also had to deal with some significant setbacks. While the vaccine company halting production and the anaesthetic machine company going bust were annoyances, the sudden death of her builder was a major blow. She said: “He’d been brilliant, really helping us to get the practice how we wanted it within our budget. It was so upsetting.”

Given all this, it’s hardly surprising Dr Greenberg says staying calm was the biggest challenge she faced. From the second that change of use was agreed, she said she felt an overwhelming sense of panic.

She explained: “It was like morning sickness that never went away. The enormity of what I was doing meant I couldn’t sleep and I was constantly on edge.”

Conscious of the effect stress can have on mental health and well-being, Dr Greenberg reached out to Mike Clare from VetRunner, a veterinary business consultancy, to guide her through setting up the practice.

She said: “He came up every few weeks to go through everything with me. He was the calming voice of experience. In this profession, I’ve learned there is always someone who can help you out, from a college friend to the Veterinary Defence Society. It’s wonderful to be part of this community.”

While this support was invaluable, there were plenty of areas of her business where Dr Greenberg needed no guidance. In particular, when it came to building the practice’s customer base, reaching out to the local community to make connections was second nature.

“I will go to anything with a pet connection – from pug parties to dog-friendly cafes; to pushing leaflets through doors and chatting to fellow dog walkers,” she said. “It’s my mission to get myself and the practice known.”

Another facet of this is the charity work she continues to do in her spare time. She volunteers with Care for the Paw, a charity supporting homeless people with dogs, which goes into schools in the Liverpool area to educate children about safety around these animals. She also works with other professionals, such as GPs and social workers, to reduce the incidence of dog bites.

“I’d encourage everyone to get involved with charitable causes,” she explained. “Working with local charities inspired me to work in my community and it also really helps to put things in perspective.”

Although Dr Greenberg loves meeting people, social media has also played an important part in helping her reach out to her community and beyond.

She said: “I started using Instagram in 2016 when I was ill. At the time it was a way to promote Care for the Paw, but it’s become a great way to connect with people.”

To build up a following on social media, she recommends remaining true to your personality. Dr Greenberg said: “I’m an emotional person, so I post very personal stories about the pets I’m looking after, even when it’s not possible to fix them. Be yourself. If you’re a surgeon geek, be geeky; if you specialise
in a particular condition or animal, talk about that.”

Having her own practice means a significant proportion of her time is devoted to building the business, but Dr Greenberg is also keen to empower others in the veterinary profession.

As well as ensuring all her staff have the skills and mindset that will enable them to grow professionally and enjoy what they do, she wants to get involved with veterinary schools, talking to final-year students about their opportunities.

She said: “It’s a great profession: it’s actually helped me out in many ways over the past 21 years. It’s allowed me to continue to learn, to evolve and, importantly, to earn an income through a divorce and through bringing up a child, and now, it’s enabled me to do this.

“Yes, there are stresses, but I firmly believe the opportunities outweigh the negatives: you need to make it work for you, and always keep perspective. I’d urge everyone in it to make the most of what they’ve got.”

As for her own ambitions, Dr Greenberg isn’t ruling out setting up another veterinary practice.

“With hindsight, setting up The Liverpool Vets wasn’t so scary – I’d love to have more practices in Liverpool or to move to a bigger practice,” she added.

“Yes, owning a veterinary practice gives me a valuable business asset, but it also feels good to be able to provide this style of care to animals and their owners in my community. I’m always happy to talk to anyone who wants to do something similar.”

As for being named Vet of the Year at the Petplan Veterinary Awards? Dr Greenberg was “honoured, flattered and thrilled” with the win, her name greeted with rapturous applause from colleagues across the UK. 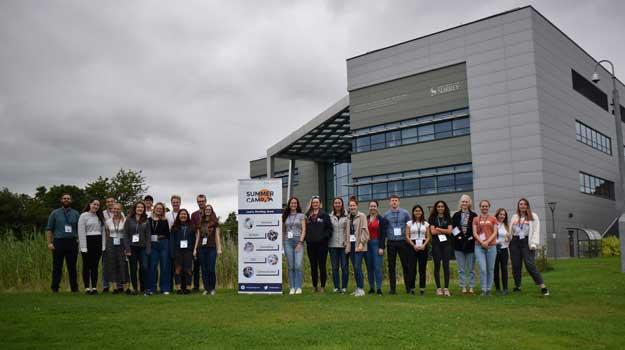