How I changed career at 40 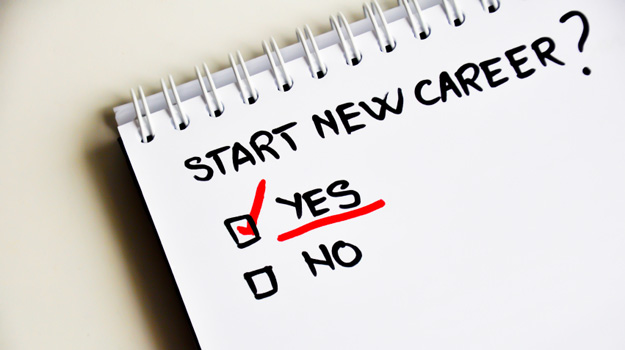 Changing career at 40 was an enormous challenge for me but also one of the best decisions I ever made. It proved to be a fantastic lesson in self discipline and a great experience in personal development.

On Sunday afternoons, I’d start to feel a bit down. It would be a matter of hours before my week would start all over again and I’d be back at work in a job I really hated. I didn’t like this feeling so I decided to do something about it.

I was in my late thirties when I went in search of a new vocation. As a father of two with a full-time job, studying for my new career wasn’t easy. I managed to pass six exams and secure a role within a rapidly expanding company when all around me said it could not be done by someone my age.

When I announced my plans for a career change, people thought I was crazy. My wife began checking search engines for symptoms of the male mid-life crisis come early!

Those around me suddenly turned into career advisors and offered lots of so-called friendly advice. One person told me that he knew of several graduates in their twenties who were struggling to find work. Their area of study was the field that I’d chosen to move into. He went on to tell me that at nearly 40 years of age, I didn’t stand a chance.

Surrounded by these ageist merchants of doom and gloom, I developed a valuable new skill – selective hearing! I worked on developing a positive mindset. Soon, I began hearing about more and more people who’d made successful career changes later in life.

When you consider that most of us will spend around a third of our adult lives working, doesn’t it make sense to do something for a living that you enjoy?

These days it is not uncommon for the average person to have as many as five different careers in their lifetime. So if you’re unhappy with your present job, why not change?