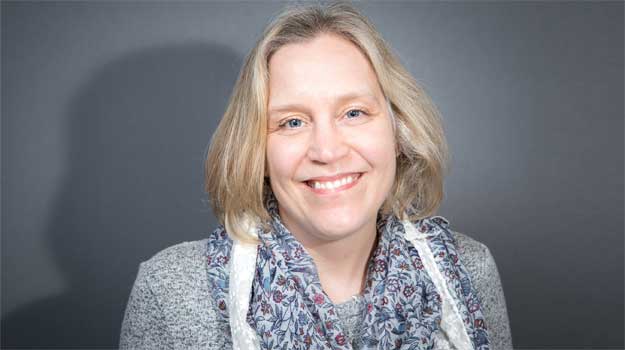 I started nursing back in 1995 in the days of the green book, attending one of the first day release colleges in the south-west.

My entry into the profession was via a mixed practice in Wiltshire called The George Veterinary Group (maybe it was meant to be).

I loved it and dreamed of being head nurse there one day. But life has a funny way of taking us down roads we did not even consider traversing, and I would hold positions in other practices – and have other adventures besides – before realising this particular ambition.

Once qualified, instead of staying put as I had envisaged, I actually worked in a number of practices in the south-west, including The George, for a second time, as lead theatre nurse.

My partner’s work then took us to Devon, where I became head nurse at a small animal practice before returning to Wiltshire with a lot of experience under my belt. This allowed me to finally achieve my ambition of becoming head nurse at The George, which was where it all began. It was fantastic.

I enjoyed the role, and particularly liked organising the day and mentoring the team. The George continues to be a nurse training practice and always has a steady flow of student nurses. The practice was forward thinking and encouraged me to get more involved with the business side, and it was here I started to have an interest in more than the clinical work.

My partner at the time then had the opportunity to run a mountain bike holiday company for a year in Spain. It was an experience we felt we could not miss, although I was very sad to leave The George for a third time.

After a year in sunny Spain, I returned to the UK and immediately looked for a nursing job, finding a head nurse position in north Devon. It was strange to be back in the greens and it did take me a while to remember to put the float in the Idexx haematology tube.

There is something about the vet world that makes me feel at home and I had missed it. Perhaps it is working with like-minded people or playing a role in achieving the end result the team is working for, which is great patient care. Whatever that element is, I can’t imagine working in another industry.

A head nurse position became available at Vale Vets and Referrals in Gloucestershire – and with it, the chance to work with a bigger team in a busy clinical environment – which felt like the next step.

I developed a good working relationship with the director of Vale and, in the absence of a practice manager, took on more responsibility as time passed.

Eventually, there weren’t enough hours in the day for me to cover all the work needed, and I knew I needed to make a choice. The challenge of practice management, and the chance to be more involved in the business, was an exciting prospect. I would still be involved in the care of animals, but in a different way.

My director encouraged me to look at the Certificate in Veterinary Practice Management (CVPM) to help me embed myself in the role. I thought this was a good idea; but, to ensure I had the knowledge needed for the exam, I studied the Institute of Leadership and Management Level 5 Certificate first. It took a year to complete and I sacrificed most weekends to write the essays that covered all areas of business management.

To sit the CVPM, I had to ensure I was also fully up to date with areas specific to the veterinary industry, such as health and safety, and legislation. It was worth it though, as achieving the CVPM, which I did in 2013, gave me the knowledge and confidence to make the most of the role, and gave me the belief I could do more. I was later invited to join the Veterinary Management Group (VMG) Certificate and Training Committee – a role I still hold, whereby I help promote the CVPM, and set and run the exams. Being part of the committee has given me the opportunity to learn from the other members, but also the candidates who sit before us.

The exams are bespoke to each candidate to test their knowledge, and we hear some great ideas and management solutions. Being a practice manager can be a lonely job, and I am proud to be involved in delivering recognition for the skills and effort involved.

In 2015, I applied to join the VMG’s board because I wanted to play my part in developing the non-clinical and leadership side of the veterinary industry. At that time known as the VPMA, the VMG represents and supports veterinary professionals in leadership or management roles.

Offering a range of resources for professional and personal development, it is a collaborative community within which veterinary leaders can share experience, build relationships, and work together to advance their practices and the wider profession. I remain a director of the VMG, in addition to my role on its Certificate and Training Committee.

After six years as practice manager, I moved to Independent Vetcare as a business support manager, looking after 12 practices in north Wales, and working with the clinical directors and practice managers to develop their business and teams. Two years after that, I was promoted to operations manager for the north-west, looking after a team of business support managers covering 45 groups.

I enjoy the variety of the role, being involved in every type of practice – from a two-vet practice on the coast to a 17-site group with hospitals.

All are different, but all are aiming for best patient care. In this way I still feel I am involved in looking after the patients as I support the teams and practices that do this.

If you had told me back in 1995, when I had my striped practice uniform on, that I would one day be looking after 45 groups and have a senior management position, I would have laughed and said no way.

I am proud of what I have achieved and the CVPM helped give me the confidence to follow this path – and, looking back, I am very glad I did.

The CVPM is the industry-standard professional examination for veterinary managers. Covering six key areas, it is available to all VMG members who wish to consolidate their knowledge and experience with a recognised qualification.

For more information about the CVPM, visit https://vetmg.com/cvpm-vpac